Slices of Silence: A Conversation with Jeff Gaydash

A conversation about my photography and printing has now been published on Nathan Wirth's blog Slices of Silence. I think it's an interesting read and hope you enjoy it!

The full interview can be found here: http://nlwirth.com/blog/interview-jeff-gaydash

Posted by Jeff Gaydash at 6:50 PM No comments:


I am honored to be included in the first volume of kozu, a premium quality photographic book featuring a collection of inspiring images by seven award winning photographers from around the world: 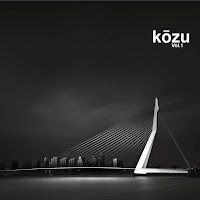 Kozu, Vol. 1 was exquisitely printed by Wells Printing based in Bath, UK with a limited edition print run of 500 copies. The book is litho printed on GF Smith's Heaven 42 paper and silk laminated throughout. Kozu Books is also offering limited edition litho prints of select images from the book on their website.

Posted by Jeff Gaydash at 6:34 PM No comments:

I am pleased to announce that my series A Threatened Legacy: Epilogue has received the Silver Award in the 2013 PX3 Prix de la Photographie Paris in the Professional Fine Art Category for Architecture. The jury selected PX3 2013’s winners from thousands of photography entries from over 85 countries.

These images are a departure from my more current long exposure landscapes, returning to my roots in historical architectural studies.

In the early 1990's I spent several years documenting historic churches for a book project called A Threatened Legacy: Detroit's Historic Churches. The purpose of the project was to document historic structures that were being threatened to be closed and sometimes demolished due to the severe population decline of the city of Detroit. Fifteen years later I revisited some of these structures that have since fallen into decay.

About PX3:
The "Prix de la Photographie Paris" (Px3) strives to promote the appreciation of photography, to discover emerging talent, and introduce photographers from around the world to the artistic community of Paris. Winning photographs from this competition are exhibited in a high-profile gallery in Paris and published in the high-quality, full-color Px3 Annual Book.

The Seven Factors of Awakening - Redux

I was contacted by a design firm in Rome, Italy who wished to license my image "Seven Factors of Awakening" for an interior redesign of the spa at the Mandarin Oriental Luxury Hotel in London. The problem was they wanted it printed twice, at approx. 7X10 feet to fill an entire wall and the original image that I shot in 2010 would not hold up to my standards printed at this size.

Luckily the location of the waterfall was close to home and fairly easy for me to reshoot at a higher resolution. I used a D800E and some creative stitching techniques with my 85mm PC-E Nikkor to achieve a final file size for printing that is 18780 X 12402 pixels. That is a whopping 233 megapixel file!

I prefer the new version over my original but the client wanted me to closer match the softness of the water in the original image. The version I ended up delivering to the client was captured with a longer exposure of about 30 seconds, which significantly softened the cascading water.

Posted by Jeff Gaydash at 12:01 AM No comments:

I was recently interviewed by writer and photographer Andrew Gibson as part of a series of interviews with photographers who use long exposures. My interview can be found here along with many other excellent interviews.

Read The Interview >
Posted by Jeff Gaydash at 11:06 PM No comments:

The Path - Piezography Print on Aluminum 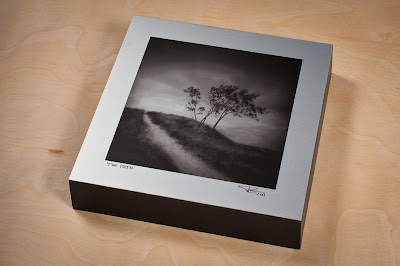 I have been busy experimenting with various methods of printing on aluminum. There are many variables to work out but am making progress and will be offering aluminum prints as a service as soon as I get the bugs worked out. I am working on getting a custom profile for this material as it accepts ink much differently than fine art papers. The biggest challenge has been creating a finished product. Here I have flush mounted the aluminum print on a wood art panel, then finished with an ebony stain. I also am experimenting with a floating mount design. The finished print is much better viewed in person as the aluminum gives the image a very three dimensional look, something that does not translate well in this photograph. I am very excited about this method and you can expect to see more aluminum printing from me soon.
Posted by Jeff Gaydash at 11:25 PM 3 comments:

My work has been featured on The D-Photo, a beautifully designed photography blog with some fantastic photography and helpful articles. If you are in need of inspiration be sure to check it out. 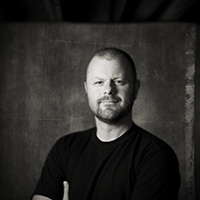